RACE TO THE STRAITS (AND BACK!!) 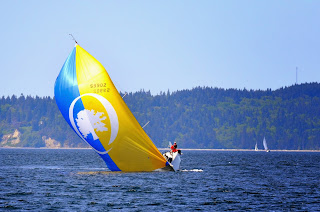 Committee boat work isn’t particularly glamorous or sexy, but like an umpire or referee it’s an essential part of the game.  In theory it’s simple, but it can get complicated and when several boats are charging the line it can get downright exciting.

For Sunday, we were the finish line for the ‘race to the straits’, a double handed race to Port Townsend that started Saturday morning in Seattle and ended Sunday afternoon back in Seattle after a night in Port Townsend.

For me, the event really started with a pre-race meeting Thursday night.  The race director went over the rules and possible complexities.  We spent perhaps 20 minutes going over the roles and responsibilities, equipment needed, and all that goes into organizing a race involving over 100 boats.  We then spent roughly double that time going over the food arrangements for the day on the boat.

Sunday finally came around and while we had planned to be at the boat around 11am, the last of the crew pulled in well after noon.  The winds were light and all concerned were aware that we likely would not see any boats much before 1:30 or 2.

One of the crew brought his 2 children, age 10 and 14.  The 10 year old turned out not only to be an adequate helmsman, but a really good one with a gentle hand on the wheel.  He guided us to the designated spot and we dropped anchor.  The 14 year old was too polite for words, trying to navigate around a crowded boat without asking anyone to move out of her way.

Shortly after anchoring binoculars were trained north and we saw a sobering sight.  Seemingly a solid wall of spinnakers was headed our way, about 10 miles away.

The start in Port Townsend was a staggered one by handicap.  The slow boats started first and the faster boats started last.  If the math was exactly right the boats theoretically would all cross the finish line at exactly the same time.

From our vantage point shortly after anchoring, it seemed plausible that the math was exactly right. 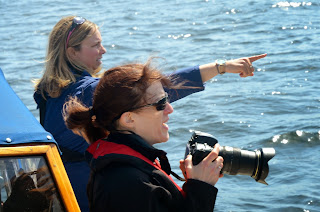 As the boats approach, the pre-race frenzy began.  Fear is a great motivator.  Over 100 boats barreling at us.  The alphabetical list was in triplicate, with Marc, Lawrence, and Sarah’s pens poised over their sheets ready to record the times.    The list by sail numbers served as cross reference was taped to the port window. 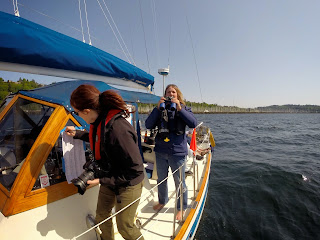 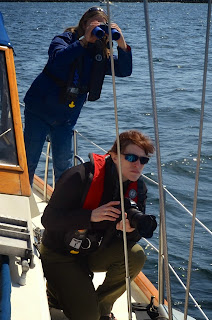 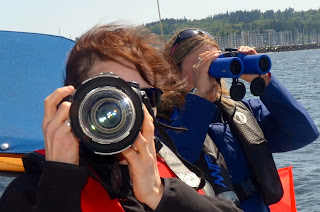 Michelle had her (incredibly wonderful) Nikon set to shoot rapid fire to capture the finishes to set the record straight in case of confusion.  The atomic clock was visible and Sarah had synchronized her watch then strapped it to her clipboard. 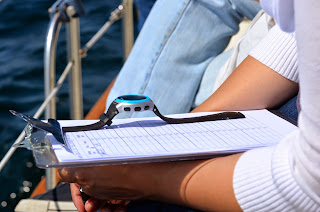 Shannon looped the binoculars around her neck, raised them to her eyes and started to identify oncoming boats.  Shannon, Michelle, and Sarah really shined.  Racers all, they knew these boats and many of their crew.

Being with a great team is comforting.  As the climate on the boat tensed, I grabbed the VHF radio to acknowledge callers and a horn to signal the finishes.  I had the easy job.

As the boats approached it was clear that there was distance between them and while they crossed in relative short order, there were only a few times when 3 or 4 boats crossed together. 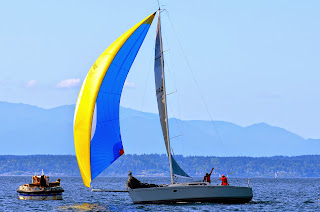 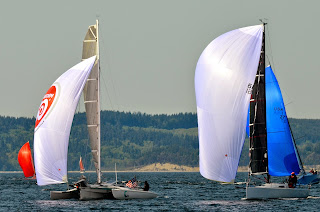 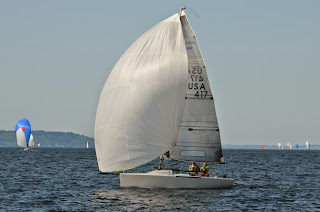 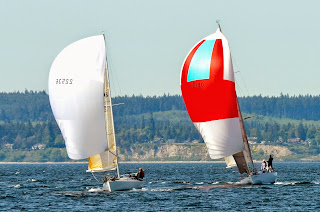 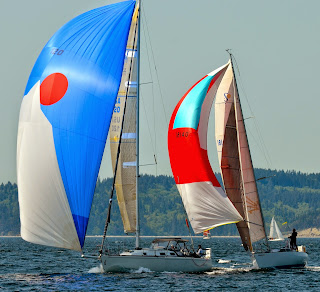 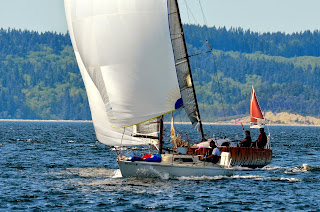 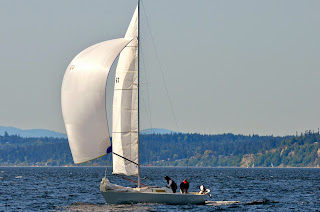 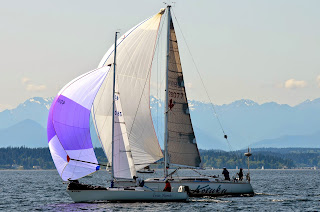 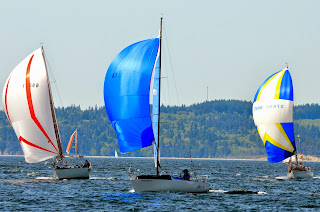 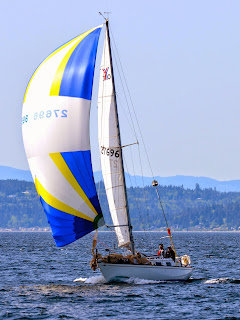 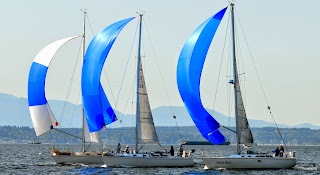 The downwind finish made boat identification difficult.  In the above shot there are no visible sail numbers. 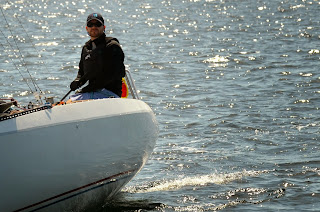 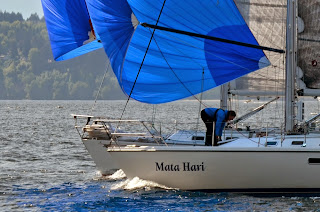 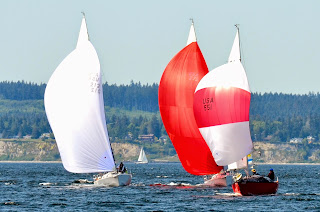 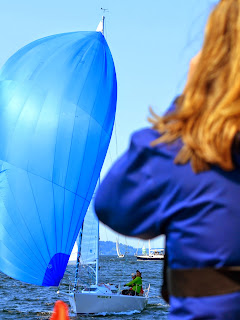 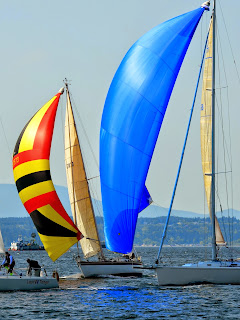 All in all a fun day with a great group of people.  Each brought their talents to a common goal of getting it right.  I think there was only 1 boat where the photo record needed to be consulted, but thank goodness it was there. 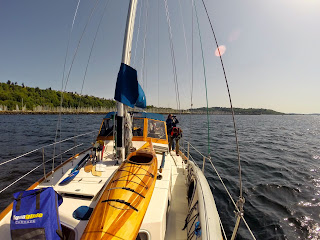 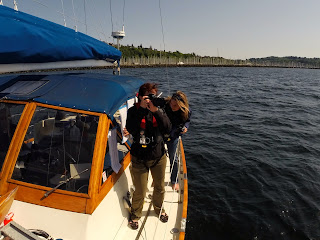 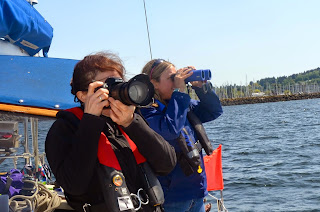 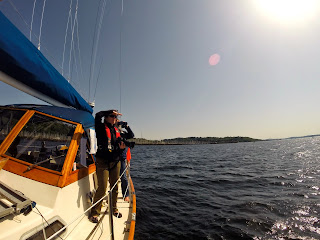 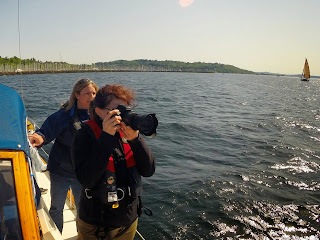 Some anxious and tense moments, many laughs and some excitement.  A good day on the water.
Posted by Mark Aberle at 8:59 PM